The wildlife staff for the Environmental Resource Management Department works hard to ensure the preservation of wildlife and natural resources for the community and future generations.

As Florida residents, we are all too familiar with the impact that invasive species have on our economy and environment. A University of Florida study reveals that 137 non-native reptile and amphibian species have been introduced to Florida between 1863 and 2010. The state of Florida is now home to the largest number of invasive plant and animal species in the world! However, we are not alone in the war against invasives. Areas all across the United States share a unique battle with their own contenders in a struggle that, in only recent years, has been recognized as a serious problem.

National Invasive Species Awareness Week (NISAW) looks to highlight the importance of raising awareness and finding solutions to this growing issue on a national level. According to the Fish and Wildlife Service, more than 400 threatened and endangered species are at risk at least partly because of invasive species. The Weed Science Society of America found that the damage done by invasive plants alone costs the U.S. an estimated $34.7 billion a year. NISAW, scheduled February 21 – 27, is marked by a plethora of national, state, and local events that promote awareness of these issues. Some of these free events include: invasive plant species workshops, webinars, conferences, work days, and the Race Against Invasives 5k Fun Run.

So what defines invasive and non-native species? Invasive species are those whose introduction is likely to cause great environmental, economical, or human health impacts. This can include plants, animals, and pathogens. Historically, humans have done a wonderful job of introducing invasive species unintentionally. Some of our common Florida fauna though, arrived here on their own accord which is referred to as a natural range expansion. Until the species has a significant impact, they are referred to as a non-native species. 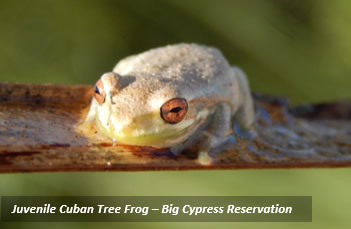 Once a non-native species becomes established, it has the potential to become an invasive. The Cuban tree frog (left) was introduced to Florida in the 1930’s unknowingly through trade shipments. They quickly multiplied, decimating our native frog populations. Now we see Cuban tree frogs, which vary greatly in color, far more commonly than our native residents. 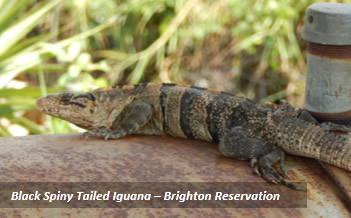 Moreover, some species may not have significant impacts until an opportunity presents itself. The green iguana is an example of this, as once Hurricane Andrew made its headway, so did their population. Iguana populations pose a threat to native plants as well as creating ecological impacts in Miami-Dade and Broward Counties. Black spiny-tailed iguanas (left) are considered a nuisance on the west coast of Florida because their numbers have increased so vastly.

The Environmental Resource Management Department (ERMD) with the Seminole Tribe of Florida continuously monitors for invasive plant and animal species. Currently, baseline reptile and amphibian surveys are being conducted through the winter and summer months to establish the presence of native and non-native species. This is achieved through a series of visual and audible surveys which are conducted at night, as most species are more active then. Audible methods rely on distinct, species specific calls; while visual methods involve the use of spotlights, traps, and artificial refuges. 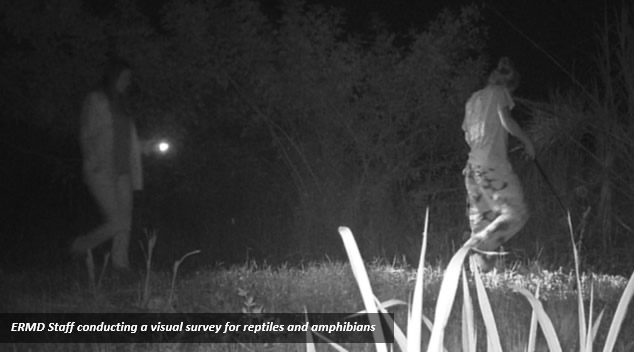 Additionally emphasis for this year’s study is being placed on the potential co-habitation of invasive large constrictors and gopher tortoise burrows. A burrow camera is a relatively easy, low-cost, and noninvasive method to identify all potential inhabitants of these burrows, which have been shown to provide refuge for more than 300 species. In particular, lizard and snake species invasive to south Florida have been commonly documented to use these burrows, making these structures behave as a passive trap.

Biological diversity of aquatic organisms is monitored in the main canals of the Big Cypress and Brighton reservations as well. Years of data collected characterize native and non-native species found throughout the waterways. This assessment also provides insight to species tolerance or sensitivity to pollution, seasonal changes, and a comparison of diversity among different sites.

Non-native or invasive species that have been documented through either surveys or reported sightings on the reservations include:

Every day is an invasive species awareness day for ERMD. It can be for you too:

HOW CAN YOU HELP?

1. Report it!  If you see an invasive species, you can report it by submitting an ERMD Invasive Wildlife Reporting Form or by calling the Wildlife Biologist at: 954-410-7073.

4. Clean hiking boots, waders, boats and trailers, off-road vehicles and other gear to stop invasive species from hitching a ride to a new location. Learn more at PlayCleanGo.org.

6. Don't move firewood - instead, buy it where you'll burn it, or gather on site when permitted. Learn more at DontMoveFirewood.org.

7. Use forage, hay, mulch and soil that are certified as "weed free".

8. Plant only non-invasive plants in your garden, and remove any known invaders.

If you have any questions, the Environmental Resource Management Department will be happy to answer them.

You can submit your questions or comments to ermdwildlife@semtribe.com
You can also find more information regarding NISAW events here.

Photo of the Month 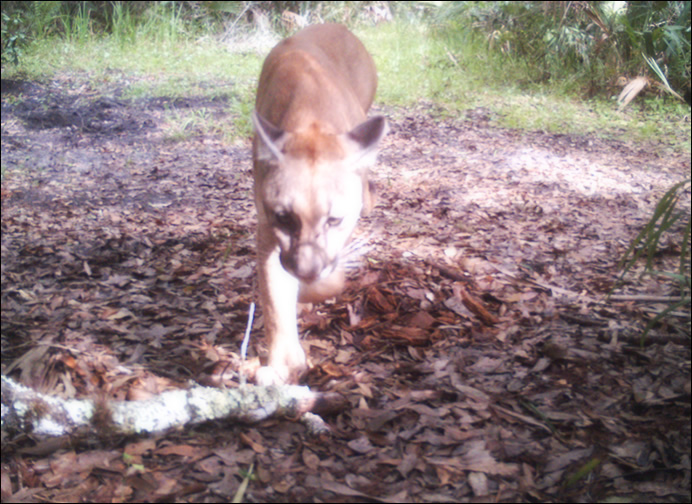